Most of us have some habit that we would like to change. And through determination and willpower many of us have changed habits that we felt were holding us back. Oftentimes, people will talk about breaking a habit.

Habit is a set of behaviors. Sometimes we go through these behaviors consciously, and sometimes we do these behaviors unconsciously. But what we don’t realize is that the habit itself was formed out of protection. When the habit was formed, chances are that it was behavior developed to keep us from feeling uncomfortable in some way or other. And because it is protecting us, it’s hard to let that behavior go.

Add to the fact that we don’t want to let go of the protection, now we have to struggle to “break the habit”.

Most of us are aware that the words we use generate pictures in our minds. Every person may not be seeing the same picture in their mind when I say the word ‘truck’, or’ tree’. But each person can generate a picture to go with the word.

These pictures, though seemingly random, can dictate the way we behave when we think about a concept. This is the reason Jesus used parables to help us understand his teachings. This also explains the old saying “one picture is worth a thousand words”.

Our mind continually generates pictures, usually without us being aware of it. However, we can consciously create pictures of our own.

What if we had a new way of thinking about a specific habit that you would like to change. What if you think of this habit as a form of energy caught in a slow-moving repetitive pattern?

Think of a habit you would like to change. Imagine it as an energy pattern in your mind.

Could you see your energy pattern slowly changing, reorganizing in a new more useful pattern?

How does that feel to you as you think about changing that habit, watching it reorganize into a new and more useful behavior?

Does the idea of changing a habit seem a little less daunting when you have that picture to support you?

Our minds are full of unlimited resources to help us create a better life for ourselves. Feel free to experiment with this idea to make it work for you. 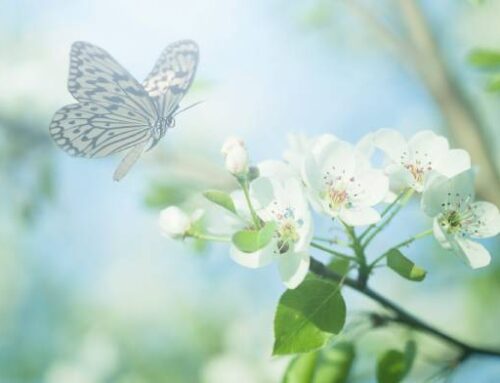